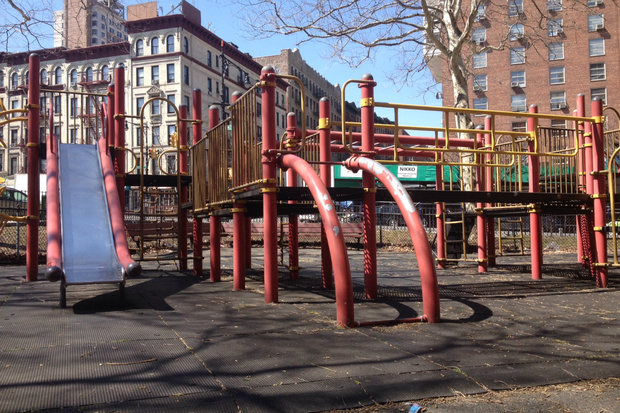 “This bill creates a robust standard for who can do this sensitive and potentially deadly work,” said Levine, who introduced the legislation at Tuesday’s council meeting.

Money Morning: The Price of Bitcoin Is About to Get a Little Government Help

The price of Bitcoin stands to get a boost this year from an unlikely source – state and local governments.At least two states, New Hampshire and Utah, have bills under consideration that would make it possible for citizens to pay taxes and fees in Bitcoin. New York City has proposed similar legislation...

"It started with realizing how much money the city of New York is losing on transaction fees on credit cards, ultimately it's several million a year because of all sorts of fees and fines," Levine told CoinDesk last month.

The Shadows cast on parks by tall buildings are about to come under City Council scrutiny...

Councilman Mark Levine introduced legislation that would create a task force to examine what he described, in an interview, as "the looming threat of shadows falling on our parks from the rising number of skyscrapers. It would "get us talking about this and tracking it and exploring possible solutions"

A new city office to connect people facing noncriminal legal issues with lawyers would be created under a bill to be introduced in the City Council Tuesday...

“In criminal court you have the right to an attorney,” said Councilman Mark Levine (D-Manhattan), noting that should be the case with other legal matters as well. Only 11 percent of young New Yorkers voted in the last citywide elections. City residents between 18- and 30-years-old have the lowest voter turnout of any age or socioeconomic group. They are also least likely to be registered to vote...

Council Member Mark Levine also spoke to history, and said that there is a need to change the current culture around voting in the city and the country. "The generation that came of age long after the Civil Rights Movement has taken this right for granted, this hard-fought right that many people marched for and some even died for. And if we're gonna change the culture, that has to start with young people and young leaders," he said.

A caucus of New York City Council members is showing state level officials where they stand on education issues in this year's budget...

"We're not here to tell the folks in Utica or Buffalo or Schenectady how to run their cities. We're simply here to ask for the ability to control our own destiny in New York City," said Councilman Mark Levine.

For the full article

GetBitcoin: Some US States to Offer Tax Payments via Bitcoin

Bitcoin may soon to be used to pay taxes in some states in the US, with Utah, New Hampshire and New York considering bills that will make this possible, and each with their own slightly different bent on why it will be great...

In March, democrats in New York City introduced a bill to allow any resident of the state to pay fines and fees owed using bitcoin. Mark Levine, a member of the Democratic party, cited transaction fees on credit cards a waste for everyone, with millions of dollars fed into credit card company coffers every year.

Mark Levine, who represents Washington Heights, Hamilton Heights, Morningside Heights, Manhattan Valley and part of the Upper West Side in the New York City Council, on Monday called for ferry service between West 125th Street and the Edgewater ferry terminal in an opinion piece in amNewYork.