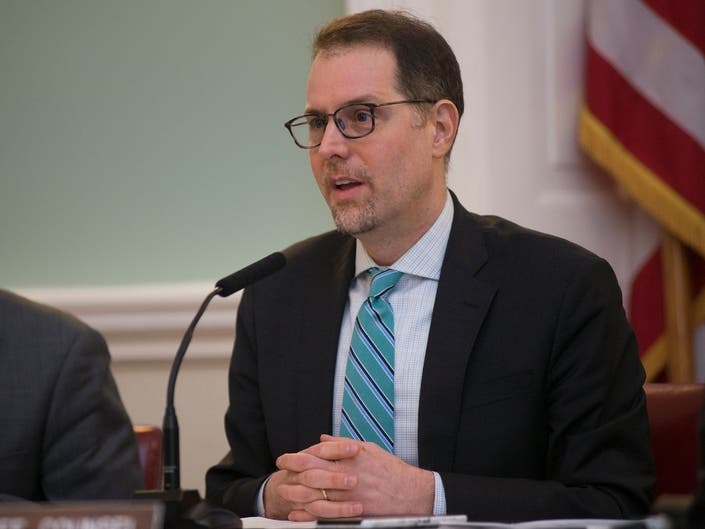 The department says it is trying to ensure those tenants the security that a written lease provides, as most do not have leases or their old ones could not be found. But HPD is only allowing each apartment to have one official tenant, or "tenant of record," while other residents will be listed on a separate form.

Tenant advocates say that provision could make it harder for tenants to keep their apartments in their families through succession rights, which allow relatives to take over their homes after the primary resident dies or moves out.

"Because these buildings are languishing now for decades, there's a very high probability, unfortunately, that the original tenant could pass away or for some other reason leave the apartment," said City Councilman Mark Levine, whose upper Manhattan district includes TIL buildings. "And it's important that family members who deserve succession rights don't lose the apartment in that case."

Levine and Councilman Bill Perkins expressed their concerns about the new leases in a May 6 letter to HPD Commissioner Louise Carroll, saying the policy shift would remove tenants of record "without due process."

The lawmakers called on the department to pause the lease-signing process so tenants would have more time to arrange their paperwork.

"Tenants should have a right to contest a decision that threatens to evict them from a home they have been in for years, many for decades, waiting for the opportunity to become homeowners," the councilmen said in the letter. Kings County Politics first reported their concerns last week.

HPD started issuing the new leases in April. More than 200 tenants have signed them so far and many have used them to get help paying for rent and utilities, according to the department.

HPD says it will hold five lease-signing sessions in June and make accommodations for tenants who are homebound or cannot make those dates.

"Having a lease provides certainty and clarity for tenants, and makes it easier for families to access vital assistance programs that can help them thrive," HPD spokesman Matthew Creegan said in a statement. "HPD is in the process of issuing new leases for properties in the agency's TIL program so the tenants can have the stability and security that they deserve."

City policy dictates that each lease have just one tenant of record who is recognized as the head of the household, HPD said.

The tenant of record is allowed to run for their building's tenant association board, which collects rent and manages the buildings on the city's behalf, the department said. Some 95 apartments currently have more than one tenant of record listed, according to HPD.

Each apartment's other residents will be listed separately on a so-called household compostion form. But HPD made clear in a March 22 letter to TIL residents that the form "cannot be used to determine tenancy or succession rights."

That means a relative would have to prove their right to take over the apartment if the tenant dies, a burden they wouldn't have to bear if they were also named on the lease, according to Jason Wu, a staff attorney at the Legal Aid Society's Harlem Community Law Office.

"It is a hurdle," Wu said. "If you're named as a tenant of record you don't have to do that, but if you are applying for succession you have to produce different documentation of where you live — voting records, bills, tax documents. There's a lot of things that go into proving succession."

HPD's terms are also less protective than state law, which gives tenants of rent-stabilized apartments the right to add their spouse's name to a lease, Wu said.

Additionally, Levine, Perkins and Wu expressed concerns about HPD's requirement that tenants produce government-issued photo identification to sign the new leases, which could be tricky for undocumented immigrants.

But HPD says it will accept IDNYC, the municipal ID card that's available to undocumented immigrants, the homeless and other vulnerable groups.

Levine said the new leases have stirred "an enormous amount of frustration" among his constitutents, who feel that the city has not kept its promises to TIL tenants. Some of the buildings are in very poor shape and have been stuck in the program for as long as two decades, he said.

"There's no well of trust or good will there," Levine said. "And it's not surprising that many of them reacted with skepticism and fear that this would be again another case where harm would come to their families."