DNAinfo: Harlem Politicians Call for Bus Lanes to be Expanded Along 125th Street 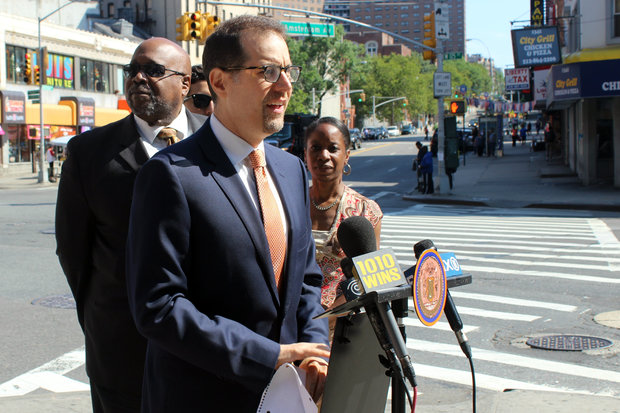 City Councilmen Mark Levine and Ydanis Rodriguez called for the expansion at a press conference at 125th Street and Amsterdam Avenue during the morning rush hour. They were joined by transit advocates who have been calling for more selected bus service throughout the city.

“There is no logical reason to oppose extending this bus lane,” said Levine, who has been fighting for the lane since Spring 2014. “If we don’t put in the work orders now then we are going to loose another year because we can’t do this when it’s cold out.”