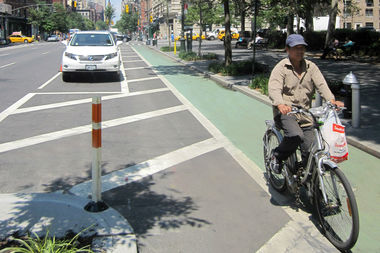 City Councliman Mark Levine joined the chorus of support for a protected bike lane along Amsterdam Avenue in a letter he sent Wednesday to the Department of Transportation.

The letter, directed to Commissioner Polly Trottenberg, urged the department to "move expeditiously" in creating a bike lane that would separate cyclists from traffic via a row of parked cars between them.